The US women absolutely dominated in gymnastics last night – I probably could have performed the final routine and gotten enough points to put them over the top.

Then came the medal ceremony and a great tragedy occurred – at least that is what the Twitterverse seems to think. One of the “Final Five” stood on the stand during the national anthem with her hands at her side instead of with her hands over her heart.

Social media lit up with people fit to be tied that Gabby hated America, and was publicly disrespecting the Red, White, and Blue. Hey, folks, can we lighten up on social-media scandal-mongering just a little?  Need we turn every action into nuclear war?

But here’s the question: Did Gabby do anything wrong? 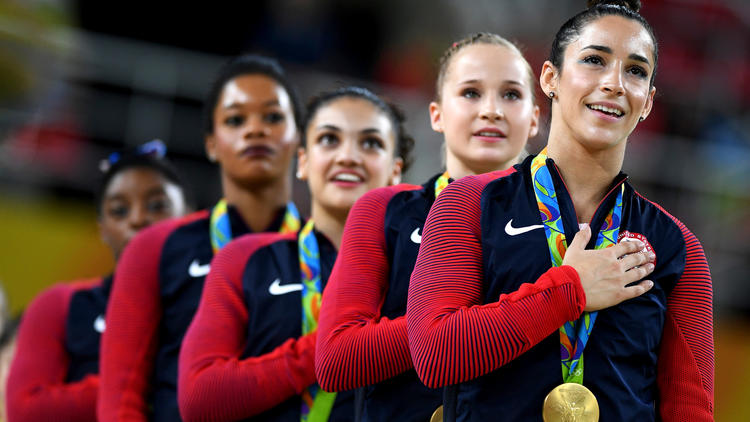 I went to school a long time ago, and a lot of things have changed since then. But has anthem protocol changed?

So, according to the way we were taught back in my day, Gabby was the only one observing proper protocol.

But when I raised this on Facebook, Mike Bergman copied a statement from some website that clearly stated that putting your hand over your heart was proper.

Can anyone help me? What happened?

Does anyone else remember being taught the protocol I was taught – hand over heart for the Pledge, hands at your side for the Anthem? Has this changed?