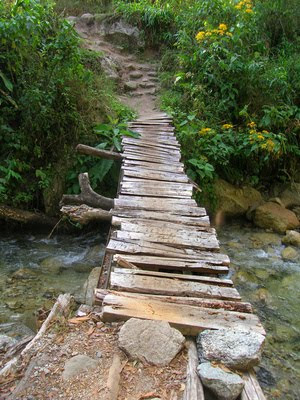 “I cannot stress this enough to you, but I’ll still say it: I’ll never be Christian. I think your Bible is nothing more than a piece of literature. I don’t believe in your God, and never will.  But I will criticize you when you use your God to “fix” homosexuality, as if it were something to be fixed.”

“Broken does not seem like something Jesus would want us to say.”

When you raise five children, you hear the words “It’s broken” way too often.  Favorite toys, bird’s wings, Christmas ornaments, bats, even cars, are presented in their brokenness, sometimes with a shriek or sometimes with a shrug. Sometimes with a plea for a fix; sometimes with acceptance that it is time to move beyond . . . in hopes of something new and better. Sometimes a little glue or a Phillips screwdriver is enough to put things right again. But sometimes the reality is that if the bird can’t fly, it will probably die. At some point, everything . . .  everyone . . . will be broken.

I have broken only two bones in my lifetime.  A wrist and a rib. The result of each was an increase in pain, a decrease in mobility and a denied sense of helplessness during a time of adjustment and healing. I still have the wrist and the rib and they both work just fine now.

I didn’t decide to break my wrist. I didn’t plan to break a rib. Absent of decisions or plans, they still broke.  And the rest of me?  It compensated, covered the effects of each break, rose to the occasion, took up the slack, pretended all was well.

I wasn’t doing anything wrong, either time. The wrist, in fact, sacrificed itself in an effort to keep me from tumbling further on the hills and landscape rocks in our backyard as I was weed-eating in preparation for my daughter’s birthday party. It backed up the efforts of the palm, which threw itself down in a sacrificial act of protection. Snap, crackle, pop . . . . swell up, stop bending and retreat on a wrist R&R.

In my stubbornness, it took me several hours to grasp that the hand extending from the wrist had no grasp.  “I guess it’s broken.”

The rib?  Talk about a bone with a mind of its own.  It snapped in a concerted resistance effort against self-improvement.  I was suspended between two weight benches, ankles on one, hands on the other, lifting myself up and down almost effortlessly (yeah . . . ) when all of a sudden it felt as if my workout partner had amused himself by slamming my rib cage with a sledgehammer.

“Who did that?” I exclaimed, lowering myself to the floor between the benches.

The rib was silent . . . and everyone else just paused and resumed working out. Standing up was torture; breathing was like ingesting needles. My usual self-medication — denial — ran in with a rush of adrenaline and I said, as I would do if run over by a road-grader:  “I’m fine.”

In about six weeks, I could say “I’m fine,” with a straight face, not a grimace of pain.

I guess it really was broken.

Brokenness is usually pretty obvious. A wrist that won’t bend; a rib that feels like a blade in your lungs. A bulb that shines no light and spreads itself in shards. A tree limb laying in the yard. A glass in pieces on a hard tile floor. The solutions are usually obvious too: screw in a new bulb; fetch the ax; sweep the floor. The light is back; the branch is firewood; your bare feet are safe.  We respond and tidy up and move on.

But what about sexual brokenness?

Well . . . we tend to respond . . . tidy up . . . and move on.  The response can be a muted “oh” or a shocked “Oh . . . my God!.”  Tidying up ranges from a-pat-on-the-back-and-a-passing-prayer to a dictatorial list of dos-and-don’ts delivered by a spiritual watchdog dutifully recording progress on a report card, marking pass or fail.  Moving on can be as beautiful as a bless you and an arm around the shoulder as we go together . . . or a disdaining look of disturbed incredulity that becomes a never-knew-you-never-will insistence in denial, a multi-directional scattering to put as much distance between thee and me as possible.

We be movin’ on . . . us . . . the unbroken.  Or at least, the undiscovered, for brokenness is not limited to sexuality. Indeed, would not denial of brokenness be brokenness?

There are those who hang close and respond with what they hope will be comforting words: “you’ll be fine.”  Is that somehow expected to be more comforting than our own well-worn, oft-mis-proved “I’ll be fine?”  Trite answers are convenient, and can even sound reassuring, but they’re not compassionate.  How about a more honest one: “Yes, you are broken. Like me. But you don’t have to be. Me either.”

Fortunately for us, we’re not a cold, indifferent piece of glass that slips off the edge of a counter and smashes into a million pieces, lacking even the wherewithal to ask for “a little help here, please?”  We’re not a tree limb looking dumbly up at the tree with an “I’ve fallen and I can’t get up” plea. And we’re not a spent bulb.  We’re a dimmer light, perhaps, than we want to be . . . but we are not without the opportunity to shine again.

Ahh brokenness . . . let me count the ways.  Wondrously made we are, with many parts, in need of constant maintenance.

Are you a liar?

Do you have a heart of stone when you see the needs of others?

Feast your senses on pornography?

Have you turned your back on your mother and father . . . as in not honoring them?

Do you fill your mind with impure thoughts and reject Scripture?

Yep . . . you’re broken.  Of course, recounting your sins and ignoring mine would certainly be a sign of . . . brokenness.

I’ve learned, since writing Surviving Sexual Brokenness: What Grace Can Do that some of the sexually-broken take offense at the term.  Actually, I understand that.  Some do not even see themselves as broken, but instead see their sexual expression – homosexuality, pornography, etc. – as a reflection of how God created them. This distinction is primarily one of faith. It’s a choice: the Word or the world. If you have faith and you believe God, you know what His Word says about sexuality. If you go beyond that, you’re broken and you probably know it. However, if you reject faith and believe what the world says about sexuality, then you probably believe you’re not broken and are fairly sure of it. Well, actually, you really are broken, but if you have no faith, you think we’re not, which can seem oddly comforting and permanently condemning. For people in that position, perhaps it is better that they not consider themselves broken, for the world will not repair them. Why?

The world’s embrace will not chase away the chill of emptiness for the soul who seeks through faith to be what God intended:  whole.

God gave us “The Word,” but we have come up with so many more. We live in interpretive-Babel, never sure in the first place that people mean what they say or even know what they are saying means. So, brokenness — an acknowledgement that we need God’s healing — becomes instead synonymous with no-goodness, and when we hear it spoken of us by others, we see the broom sweeping up the shattered glass for the trash. How dare you? I’m not that broken.

I am broken.  Thank God.  The result of which has been an increase in pain, a decrease in mobility and a denied sense of helplessness during a time of adjustment and healing.  Not so different than the twisted wrist and the fractured rib. No one could really see those either. On the day I broke the wrist, I made it all the way through my daughter’s party without saying a word.  On the day I cracked the rib, I finished the workout.  We compensate for our brokenness until we cannot bear the pain or we cannot walk the walk of wholeness.

But God restores, repairs, redeems and returns me to the shelf. He uses me.  Out of my brokenness, He builds something new.

But . . . SEXUAL brokenness?  That sounds more like something just doesn’t work, for which there are countless remedies and prescriptions. Or have you not watched television or opened your spam e-mail?

What is sexual brokenness? It is any expression of sexuality that is not what God intended. After all, remember, He looked at everything He had made and said “it was good.” The path from the garden was clearly a steady decline, swiftly descending from uncomfortable nakedness to homosexuality, pornography, heterosexual sexual addiction, lust, adultery, idolatry . . . and more. That’s brokenness.  That’s sin. And it is not good.

Maybe we don’t like the brokenness terminology because we’re so accustomed to discarding broken things. In the spring time, if you drive through the neighborhoods, you see cabinets and bookshelves and chairs and lamps and TVs, perched along the curb with signs:  “take me,” or “free.”  Why? Usually because they’re broken.  Someone picks them up and fixes them and they live on in their inanimate way.

But that’s the world.  The world eventually discards everything.

In God’s view, brokenness is hopefulness. A broken heart, for instance, is the centerpiece for healing. Hearts are made brand new. A broken spirit soars to greater strength when healed. It is in our brokenness that we turn to Him and He responds.

My sacrifice, O God, is a broken spirit; a broken and contrite heart You, God, will not despise. — Psalm 51:17

I believe He would, but only because He knew they were on the verge of wholeness, the objective of everyone who knows Christ. He didn’t go around pointing out brokenness and leaving people bewildered in peace-less pieces. He made them whole.

God, in His kindness, reveals to us our brokenness, which brings to us our tears of repentance, which drop to soften the hardened soil of our life in which He plants his new seeds and healing grows.

And therein is a bridge . . . out of brokenness.

Brokenness, blessedness, bridges. They all begin with “B.”

Is your church ready to address the issue of Sexual Brokenness among Christians? E-mail Thom Hunter at authorthomhunter@yahoo.com for more information. You can also order your copy of Surviving Sexual Brokenness: What Grace Can Do through Amazon.com.    Thom blogs at www.signsofastruggleblog.com