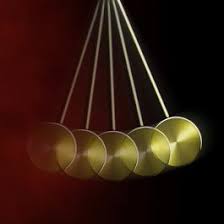 I understand the angst that some feel about the love that many Christians have for Israel. I get it. We need to balance our perspective.

Again, I get it. It is a legitimate criticism that some (especially in my own eschatological camp) have gone overboard in the support of Israel and have acted as if the bombing and killing of Palestinian civilians is a great service to God. The pendulum needs to swing away from uncritical, mindless support of all of Israel’s tactics and decisions in their struggle for survival.

However, reading the articles and Facebook posts of some of my good friends and in the general Christian world, I am convinced that we are in danger of letting the pendulum swing too far in the other direction.

1. Specifically, I think we err when we create a moral equivalence between the actions of Israel and the actions of Hamas and the Palestinians. In this most recent conflict, it is almost forgotten that the reason for the excursion by Israel was that Hamas was lobbing shells into Israeli territory. If Mexico starting shooting across our border, would we not eventually react? If America reacted, it would likely be devastating to those south of the border. Would we be morally inferior for responding to attacks and doing so effectively?

2. Israel has been engaged in many wars and battles and has taken actions that make us cringe over the last 100 years. But modern Israel has not started those wars. They have responded to attacks by their Arab neighbors. The fact that they have won the wars does not make them responsible for them. Was America morally culpable for winning World War II?

3. Israel is blamed for the isolation of Palestinians. When you visit Israel you find that some areas are Palestinian and some are Israeli. Why is this? Because of constant attacks, suicide bombs and such. This was forced on them. Israel has consistently demonstrated a far greater willingness to live at peace with their neighbors than the neighbors have to live at peace with them!

4. Criticism of Israel for killing civilians is understandable, but if Hamas uses civilians as human shields, it is also inevitable. If terrorists hide in a civilian area, they then bear much of the responsibility for the deaths of those they hide behind, do they not? Perhaps Israel can be more careful, but if Hamas hides behind burqas and cribs, they bear the bulk of the responsibility for the outcome, do they not?

5. We ought to be careful not to give cover and comfort to the rampant anti-semitism and rabid anti-Israel thought out there. If we are concerned about thoughtless support of Israel, we ought also be concerned about the hatred that Israel is bombarded with. I read the comment section of an article on the topic the other day and was sickened by the vile things said about Israel and Jews in that. The enthusiastic support of Israel on one side is benign compared to the vicious hate against Israel on the other.

6. We need to realize that the root of this is not political, but racial. Many Muslims (and many in places of power) hate the Jews. In my limited experience and very limited expertise, Israel is willing to live in peace with peaceful Muslims. It takes place every day. But radicalized Muslim leaders have consistently sought the destruction of the Jews on the basis of race. We cannot oppose racism in America then give approval to anti-semitic racism in the Middle East. Israel has never sought to destroy all Muslims or Arabs. They have consistently sought (in spite of extremist voices within Israel) to find a way to live at peace. We can say they make mistakes, but it is a fact that Jews have shown a willingness to live at peace that extremists in charge of governments, and Hamas within Palestinian territories, has just not shown.

7. Let’s face it, many folks will never miss a chance to skewer dispensationalists with disdain. I realize we’ve got way more than our share of nuts – would that it were not so. But there is a certain glee that many seem to get from making generalizations and public criticisms of dispensationalism. This is more of a personal gripe and perhaps it would be better to leave it off. However, many of the criticisms mention eschatology in a derisive and dismissive way. I understand the complete disdain many, especially younger, Christians today have for those who still hold to dispensationalism, as if they cannot believe anyone would still believe that!   But that does not justify ridicule and derogation, especially when it does not accurately confront and deal with what we actually believe. Personal rant over.

I realize that this issue is complicated and involves grudges that are millennia old. And I do not think that we ought to mindlessly jump on the Israeli bandwagon. But I would make several suggestions based on my limited knowledge and convictions.

1. America is right to be a staunch and faithful ally of Israel. They are a nation under attack at all times. We need not bless every action by their government or military, but we ought to stand with them.

2. We ought never to forget that the gospel is as much for the Palestinians as it is for the Jews. And Russians. And Chinese. And Africans. And Brazilians. And…well, you get the point, right? As a denomination and as churches, we ought to maintain a gospel perspective in which our goal is to bring Christ to the entire region and not to seek political victory of one side over the other.

Essentially, I am arguing that we ought to be politically supportive of Israel but ecclesiologically neutral. That is a difficult balance. It is one we are wise to seek.

3. We err when we try to create complete moral equivalence between the Israelis and Hamas. They are not the same and in the conflict they do not bear equal culpability.

4. We ought to be careful about simplistic social media messages that decry actions on one side or the other. The issues are complicated. Simplistic “Israel needs to stop killing civilians” or “Israel is justified to nuke the Palestinians” messages are both wrong-headed and wrong.

In this millennia-old conflict there are few heroes and many villains. It will always be difficult for American Christians to balance political loyalties and gospel priorities. It is a balance beam we must continually and carefully walk. I hope we will attempt to do so.