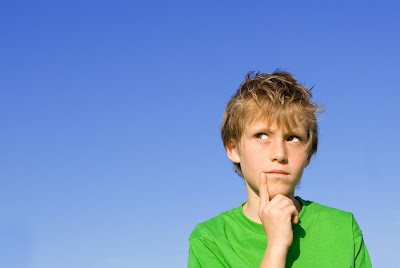 If we had it to do all over again
We’d make so much better decisions.
Only opening doors we should enter in
Building lives without all the pretensions.
With character above reproaching,
And no reason to second-guess,
With this sin no longer encroaching
Doing nothing we need to confess.
And, if they had the chance to redo it,
Might forgiveness be not so held back?
And peace found by those who pursue it?
Would grace not be calling us back?
The “we’s” and the “they’s” can begin again
When both set aside all the fear,
So the broken begin to mend from within
While the brother walks steadily near.

I remember the first night I did not go home, so lost in wandering, drowning in unconnected thoughts, dissolving into confusion far from resolution . . . and then, in the light of the morning dawn, I turned a key and walked into the ever-changed familiar. Everything looked the same, but nothing was as it had been or perhaps ever would be again. I had taken a step into a place I had resolved to never know and now it was known. It did not feel like a tumble; there was not the pain of a stumble. I did not feel the uncertainty that comes with a slip, where everything beneath is gone and you come smashing down. I did not experience the flailing helplessness that comes from tripping, where the hands fly out to reduce the effect of the fall.

No . . . I set the keys down on the desk and took a morning nap, a shower, went to class, propped myself up on my elbows and stared forward.  Changed.

I was a college student, living in the dorm, surrounded by some students who alternated nights between fraternal drunkenness and dark room stoniness and surrounded by some students who, like me, carried with them an inherited and weighty moral compass against which we struggled, but with which we often righted ourselves. We might drift into defiance, but we knew how the needle pointed and we would find our way back, for the most part, unless, of course, we took a trail that, in it’s counterfeit satisfaction, seemed like it was leading us to a new-found home, an un-discovered due-North that just seemed right, even if for all the wrong reasons

Fast forward a few decades and the magnet still may pull, but the disastrous memories of the journey and the cost of wishful wandering add weight to the compass and I realize it was not merely for direction but protection. When we know why there is a direction that is better to go, then we need not know what awaits where we do not need to go.

But I do know. The rather nots are naught.

There is some great value in knowing when you’ve taken a wrong turn, even if you just keep going. That history, the significance of the moment, is something to which you can return. It helps you to know what was before and after. I fear that those pauses in life, where we weigh the internal, external and eternal consequences of rejecting what we know for what we want, are becoming quaint descriptions of the less-enlightened people of the past this generation perceives us to have been. How silly it must seem to so many today who embrace their sexuality with abandon to know that at some point for us — or at least me — embracing my sexuality — the broken sexuality of me — meant a greater abandonment, that the choice bore the weight on a foggy night as if I had chosen death over life. A choice that in each morning light seemed less and less momentous, but nevertheless remained in my life like some creeping plague that could not finish its job, not like some new-found identity.

In the moral lapse of the elapse of time, we’ve somehow taken the wrongs and made them the rights of all. The line between what Christians perceive as wrong because “the Bible tells me so,” and what the world says should be right for people “because their heart tells them so,” has become so blurred we barely blink anymore. We sacrifice the eternal peace of a changed heart for the fleeting fun of a satisfied one. I’m sorry, but I don’t think wanting everyone to be happy is a sincere motivation for a Christian. I know some people who claim to be happy who are in total bondage. They claim to find solace in being bound. Shall I let them twist away until the menacing knot closes too tight and they are gone? Will they be happy in death, and can I find peace in that?

As I have said before, when I was doing wrong, I never perceived it as right, or even that I had a right to do it. I did it not because I had to or should, but because I wanted to and could. That doesn’t make it right. And I didn’t do it to fulfill some God-given destiny or proclaim some God-ordained identity. I did it to determine my own destiny and define my own identity. Very non-Christian is that, is it not?

As my generation grew up, we determined not to be so up-tight, and in the process of loosening, we became less up-right. Consequently, we raised a generation intent on discovery and acceptance to the point where the compass was passed not to a new generation but into the past, or into a drawer for safekeeping, I hope, so it can be called upon again when the strayness takes its toll and we throw ourselves into a “where-do-we-go-from-here” panic.

We need to turn back.

As we stand on the brink of a blinding enlightenment that wipes out truth in its warm glow — embracing same-sex marriage, preparing toddlers for transgendering, celebrating gayness as if it were the true intent now just revealed — look to the left and the right and see who is holding our hands and taking note.

An emerging generation which will not have to confront confusion and seek answers to the questions that should plague them. It is a perversion of “all is well” to “all is right.” It won’t stop there, of course, because all is never right as a new right emerges, a new wrong converges. Even now, when we say that homosexuality is wrong because the Bible tells us so, we are “wrong” because we are hateful. If we speak truth out of love, we are branded loose cannons and dangerous backwards-thinking irrelevants. We’re told to get with the plan at the expense of what we know is God’s plan.

Christians are not called to be set-apart for the sake of convenience. We should not pick and choose what stands we take based on the response we might get. Why invite the complications of bent belief? Things are either true or they are not. Should we negotiate faith in God’s Word based on the pain of the process of following it?

Little boys and little girls will make wide-sweeping decisions of all kinds based on whether they have been taught that truth is truth all the time or truth is truth when called upon to support our application of it. How often do we believe something is true because we just think that is what our concept of a loving God would do? What results from colliding concepts? Confusion. And the little ones may choose their truth based on some earthly attraction, not on a heavenly concept. Can there be any truth at all if we are forced to choose between truths? Obviously, one is not.

A few weeks ago I was in Kansas City and toured the World War I Museum. I was amazed at how vicious a war it was, so costly to so many in so many countries, and intended to be the war to end all wars. One thing struck me most, and that was the direct and clear and harsh effort made in the United States to define the enemy, to build a fierce determination bordering on total elimination if necessary. Posters and slogans were built around the idea that the only way to defeat the enemy was to hate the enemy in full resolve. It sounds horrible when you put faces to it, but the war was fought and the enemy vanquished . . . for a time.

I fear we have put too many faces on the face of our enemy. Instead of seeing sin, we see instead the sadness of a struggling son or daughter or friend or brother and we think that if we battle, we are putting a bayonet into their hearts. In the interest of love, we provide comfort to the enemy, which is not flesh and blood and is not kin or friend, but foe. Are we so limited as Christians that we can not be truthful and compassionate, as if we do not face our own truths of secret sins and pant for compassion?

For the sake of a generation that already asks fewer questions, can we not get it together on our answers?

Be honest. God loves us all, and He wants us all to be like His son, Jesus. That means we lay down our lives and sacrifice our desires and take on His desires for us. And, in all honesty, that does not include homosexuality, adultery, pornography or any sexual perversion, no matter how it pleases us or anyone else.

Be an example. Yes, of course, I and many others, have failed at this. But . . . let the redeemed say so. If you cannot be an example of life-long righteousness, shine in redemption and model repentance.

Be attentive and responsive. This is not someone else’s problem. The current common practice within churches of passing the sexually-broken on to para-church ministries or psychologists, therapists and psychiatrists is shameful. Somehow we think man can address better in theory what God has addressed in truth?

Be diligent. Don’t just scratch your head and mutter something about hell in a hand-basket. While children still listen, long before the face the fork in the road on a late-night alone, be uncompromising in projecting the promise of truth.

Sometimes, in the back of my mind, as I write, I hear a nagging voice saying “silence. . . you hypocrite. Look at your life. What gives you the right to say these things, having indulged and dodged for so long?”

That. That gives me the right. Truth becomes clearer when you have fallen for the lie.

Let’s not lead this generation into confusion.

(Note: If you go to the SBC Convention in New Orleans, please drop by the Dare To Care booth. I’d love to meet you)