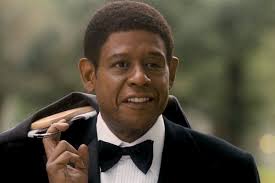 My wife and I were at the Mall of America on Monday, part of our celebration of our 35th wedding anniversary. We were wandering that behemoth aimlessly when we found the fourth floor cinema. Jenni wanted to see the movie “The Butler.” I wasn’t excited about seeing that movie, but I went to please my wife. I was wrong. She was right. This is a must-see movie for every American. It is a powerful and moving portrayal of the progress of race relations in America from the despicable era of desegregation to the election of a black president in 2008.

I am aware that some of the more strident voices on the right are condemning this movie as left-wing propaganda, as an unwarranted attack on (my hero) Ronald Reagan, or as an ode to President Obama. This is a movie about a black butler who serves the presidents of the United States from Eisenhower to Reagan, and of course it deals with politics. President Kennedy is somewhat sanitized (none of the now-reported shenanigans are covered). The worst portrayal of any resident of the White House is that of Lyndon Johnson – and from what I heard, probably the most accurate. Many of us card-carrying conservatives will recoil at the treatment of Ronald Reagan. He is presented as a cordial and friendly man, but one who also stood strong in his opposition to those who wanted to sanction South Africa for apartheid. Of course, the issue is far more complicated than that – Reagan supported some sanctions but not others. But I did not think he was demonized in this film. (Of course, seeing Severus Snape portray Ronald Reagan was a little bizarre.)

But I did not watch this movie as a political screed. I saw it as a portrayal of the progress of race relations in America and how they involved during my lifetime. I am now and always have been a white boy (duh?). I have never, to my memory, persecuted, ridiculed or hated a black person on the basis of their skin color. I do not believe I am a racist. But I have seen the world through white eyes. I have lived in white skin in a predominantly white world. It is who I am.

But a movie like this helped me go back through the events of my life and get a few glimpses of what life might have been like if my skin-pigment had been different. I’d like to reflect on some of what I saw. Talking about racial issues is a minefield – especially as a white man. But here are some of the things that I glimpsed as I watched “The Butler”.

1) I got a glimpse of Black America’s struggle.

America had a lot of racists back in the 50s and 60s – that is beyond dispute. But there were a lot of people, people like I knew, people like I grew up with, probably the majority of Americans, who were not racists, who did not use the n-word or hate black people or intentionally keep them “in their place.” But they just went on about their way not realizing the systemic oppression and dehumanization that was going on in America. We did not know how black people lived. We did not hate them, but neither did we go out of our way to engage them. We did not fight Dr. King’s dream, but we were just dreaming about other things and had no time for such things.

I don’t think I ever did anything to make a black person’s life harder (not intentionally anyway). But neither did I do much to help them either. I just went about my life enjoying the blessings of America unconcerned that many people did get those same blessings. I believed that America was a land of opportunity, ignoring the fact that others were being denied opportunities I enjoyed simply because of their skin tone and heritage.

It would be, in my opinion, a tragedy to watch this movie and the let trees of politics keep you from seeing the forest – the struggles that Americans of African heritage went through in previous generations. To quibble over the portrayal of one president or another and to miss the real story about the lives black men and women lived would be a tragedy.

2) I got a glimpse of the struggle within Black America’s struggle.

This is actually one of the more compelling aspects of this movie. It shows the struggle between what I discerned as three clearly different approaches to racial matters taken within the black community.

There may have been other movements at work, but that seems to be an accurate portrayal to me. Each of these segments had an effect. Those who worked within the system changed our perceptions. Those who engaged in non-violence shamed racists and racism, and the radicals scared us into realizing something had to be done. Again, I cannot say violence was right, but as I watched this movie, I at least understood where it came from. In Cedar Rapids in the 60s, I just didn’t understand black rage. Why would they be so angry in a country as great as America? This movie helped me understand that better.

3) I got a glimpse of what Obama’s election was such a big moment, even for people who did not agree with his politics.

I know some black Christians who are not liberal in any way, but who rejoiced at Obama’s election. I have now voted against Obama twice and would do so again if he we was able to run. I’ve opposed most everything he stands for and the actions he has taken in office. And it was hard to understand why black people rejoiced at the election of a man whose values were so opposed to what we stand for. But as I watched the election party in this movie, I understood. For a persecuted, oppressed, marginalized and even dehumanized people, Obama’s election was the sign that things had really changed in America. They now had a place in the Oval Office and it was not delivering tea and coffee!

Even as one who disagrees politically with Obama, I can understand why that would move the hearts of my black friends. I was born with a place at the table. They had spent generations fighting for theirs and this was the culmination of long process.

No one believes that racism is gone in America. I still have a significant problem with some black political leaders and their ideas, words and plans. But for two hours on Monday I suspended all of that and simply tried to empathize a little, what it was like to live on the other side of town during the years of my life. “The Butler” was a powerful and moving way to see the other side.