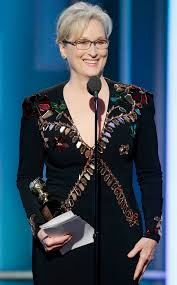 I can’t remember the last time I watched one of those Hollywood or Nashville awards shows. They seem to have one every other week and I know about them because I have a few friends who breathlessly tweet about who sang what song and who won what award. I don’t care. I am hopelessly uncool and un-hip. If you offered me a million dollars I couldn’t name a song by U2 or Taylor Swift and I have no idea who won the Academy Award for anything last year – except that I know it was for a movie I didn’t watch – they always award the movie with the best liberal political message and ignore any movie I enjoy. So, I ignore the awards show and am culturally out of touch. Does that make me non-missional?

It is not just that I’m not interested in the movies and music that these award shows award but I find the self-congratulatory arrogance of the smug stars a little hard to take. These Hollywood actors and star singers seemed to be filled with an inflated sense of their own importance that leads them to opine on the liberal causes they champion. The comedians aren’t funny, the music is awful, I’ve never watched any of the movies or heard any of the songs, and the acceptance speeches make me want to throw something at the TV.

Get off my lawn, awards shows!

But this morning I watched a video by Meryl Streep from whatever awards show took place last night (Golden Globes?) that has raised the hackles of a lot of folks. Hollywood hates Donald Trump and that ought to shock no one. They view him as a cancer and see themselves as America’s surgeons. He hasn’t even been inaugurated yet and they are already prepping for surgery. Get used to it. The next 4 years are going to be an unrelenting stream of vitriol from Hollywood toward the Oval Office. Right wing sites are up in arms at her attacks.

Streep received some kind of lifetime achievement award and her speech oozed with arrogance and Hollywood self-adulation. Typical. It was everything that caused me to stop watching those shows. But there was something about her statement that stuck with me. Here is an excerpt of the transcript. I left out the “we are wonderful people who do wonderful things because we are so wonderful” parts about how great actors are. I’ve been home with the flu and that stuff doesn’t help. But she trained her guns on Trump – I’m guessing that was a common theme last night.

But there was one performance this year that stunned me. It sank its hooks in my heart, not because it was good, it was — there’s nothing good about it. But it was effective and it did its job. It made its intended audience laugh and show their teeth.

It was that moment when the person asking to sit in the most respected seat in our country imitated a disabled reporter, someone he outranked in privilege and power and the capacity to fight back. It, it kind of broke my heart when I saw it and I still can’t get it out my head because it wasn’t in a movie. It was real life. And this instinct to humiliate when it’s modeled by someone in the public platform, by someone powerful, it filters down into everybody’s life because it kind of gives permission for other people to do the same thing.

Disrespect invites disrespect. Violence incites violence. When the powerful use their position to bully others, we all lose. OK, go on with that thing. OK, this brings me to the press. We need the principled press to hold power to account, to call them on the carpet for every outrage.

That’s why our founders enshrined the press and its freedoms in our constitution. So I only ask the famously well-heeled Hollywood foreign press and all of us in our community to join me in supporting the Committee to Protect Journalists, ’cause we’re going to need them going forward and they’ll need us to safeguard the truth.

Boiling away all her Hollywood liberalism, her inflated self-importance, and her sappy rhetoric, the simple fact is that I agree in principle with her some of her concerns.

1. My biggest concern with Donald Trump is the way he treats people – He tends to bully, insult, threaten, and demean.

Perhaps Trump is not that big of a departure from the Beltway norm, except that he does it openly and without finesse. Where Obama has insulted and demeaned with diplomatic precision, Trump uses Twitter to nuke those who upset him. I share Ms. Streep’s concerns about the behavior and demeanor of the president.

What Meryl Streep said about him is grounded in truth. If you weren’t bothered by the actions of Donald Trump it ought to bother you a bit.

But America has spoken and said that Donald Trump, with all his baIggage, was less onerous than Hillary Clinton with all of hers. I am willing to give Trump a chance. So far I’ve liked some of what he’s done and been bothered by some of it. Appointing Steve Bannon was among the low points. If he nominates well for SCOTUS I will rejoice. I’m hoping that Donald Trump will change my views about him. I cannot excuse his boorish behavior or ignore the awful, immoral, sinful things he has done, but he is now president and I am hoping for good things.

2. Of course, what Streep and the Coastal Elites are missing is the “why” of the Trump presidency.

She made a reference in her speech that intimated, as many have, that those who voted Trump did so because they joined him in disrespecting women and disdaining other cultures – that they loved everything he said. They don’t get it.

There is an interesting fact I’ve noticed. Here at SBC Voices, even the most vocal Trump supporters claim they aren’t actually Trump supporters! Most Trump voters didn’t really want to vote FOR Trump but to vote AGAINST Hillary, and, in fact, the culture that Hollywood seeks to create.

In fact, Ms. Streep, it is not so much that Middle America supported Trump but that they did not want Hillary and folks like you running the show. You and your values are out of touch. Until you understand that you won’t understand America. The relentless bashing of Trump only tends to harden opinions and make people feel more out of touch with the Coastal Elites.

3. What she said about the press ought to be true.

Streep admonished the press to be vigilant in safeguarding the American democracy and the public.

We need the principled press to hold power to account, to call them on the carpet for every outrage.

That’s why our founders enshrined the press and its freedoms in our constitution. So I only ask the famously well-heeled Hollywood foreign press and all of us in our community to join me in supporting the Committee to Protect Journalists, ’cause we’re going to need them going forward and they’ll need us to safeguard the truth.

She is 100% correct. The problem, of course, is that her statement assumes a “principled” press – something I’m not sure exists in America today. And what she is looking for is not a press that holds the president accountable, but one that unleashes a barrage of harassment against him. She is not looking to give Trump a fair chance to succeed. She wants the press to assist her in destroying him.

We have watched the last 8 years as a fawning press lionized Obama (except for Fox News and other internet sources) and never held him accountable. We watched the press throw off any pretense of impartiality and use their papers and networks to advance the “I’m with Her” campaign. A “principled press” would be wonderful and it ought to hold Donald Trump accountable.

4. The real question: Are we going to be a principled church?

Here is my premise: there is no greater temptation than power and money.

When the Apostles walked to the Temple, they declared that they had no silver or gold, but they did have the power of God to transform a man’s life. It seems we’ve reversed that today and often seem more concerned about our access to the halls of power and influence than about our alignment with the power of God.

Are we, the American Church, are going to be a “principled church?”

Donald Trump’s history demonstrates the likelihood that he will do two things in the days ahead.

He has made some good promises and some good appointments. There will likely be more to come. If you are a person who hates Trump to the point that every single thing he does is seen as evil, you are probably looking through eyes of hate, not reason. Christians, if he makes a good appointment to the Supreme Court, rejoice. His appointment of conservative and pro-life men and women ought to be applauded. Everyone here knows that I am not a Trumpeter, but when he makes good appointments and good laws and does good things, say so. Be principled. Principled means “guided by principle.”

On the other hand, Trump is going to behave badly. He is going to say things that are embarrassing and do things that are cringe-worthy. That is who he is. He is pro-gay, pro-gay marriage, pro “bathroom freedom,” and he does not stand for biblical “family values.”

Many have raised the question about whether those who have criticized Trump will lose power and influence in the next administration. I find that an odd concern. When did the prophets of God ever hold back their criticism to curry favor? Did Daniel hold his tongue to hold on to his power? Did Paul seek favor through flattery? Did Jesus curry favor with Pilate? No, they spoke truth – hard, cold, undesired truth. Sometimes that truth got them positions of honored and sometimes it got them executed, but they never compromised truth for power.

What will we do with Donald Trump?

Will we be fair to him when he does well? We must never be like the press or like the Hollywood haters who are going to go after his scalp. Be reasonable. If he does well, be grateful and thank him.

But my concern is whether we will be willing to confront him, and the GOP, when he speaks sinfully. What will we do when he takes an action that is not just politically disagreeable but morally indefensible? Will we be a principled church?  Or will we silence ourselves for the sake of the party? Someone is going to call me liberal because I said Meryl Streep made a point. Oh, no! Horrors. Will we speak truth or be bullied into silence?

The question that faces the SBC is not how much access we have to the halls of power, but will the church stand for truth or be compromised for political gain?