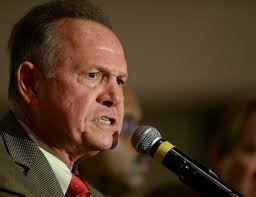 Who got outed today?

It is likely that in both Hollywood and Washington, DC (as well as many other places) there are celebrities, politicians, and news figures hoping and praying (if they do that) that their past misdeeds will not be the next to surface.

How should we respond to this? The tendency has been for us to defend people we like or whose beliefs are close to our own and to leap to condemnation when accusations are made against someone we dislike or someone from the “other side.” People who said that character mattered during the Clinton impeachment changed their tune during the 2016 election cycle.

There is no question that it is a thorny problem. There are two competing moral principles at stake. We want to both protect the victims of abuse and those who might be falsely accused. We grant people the presumption of innocence and put the burden of proof on the accuser but we do not want to be insensitive or cruel to those who make accusations. It is never going to be easy balancing these principles.

Here are some thoughts about the problem.

1. Innocent until proven guilty is a legal concept, not a moral or universal truth.

Anyone who faces charges in America has the presumption of innocence. That does not mean that he or she is innocent – a person either committed the crime or didn’t. It simply means that the law puts the burden of proof on the prosecution. It is a legal thing.

But even in the legal world, the presumption of innocence does not protect someone from all consequences. A person can be jailed while awaiting trial. Other limitations can apply.

When a person is accused of sexual impropriety, there should certainly be a presumption of innocence and the accused should have a fair chance to answer the charges. But this does not mean that no consequences can attach to a person’s life just because the accusations have not been proved beyond reasonable doubt.

Look at Judge Moore. Have the accusations been absolutely proved? Perhaps not. But must the voters of Alabama wait until every piece of evidence is in before they make a judgment? Absolutely not. That is only necessary if Moore is facing legal action. A voter can look at the evidence and make a reasonable assumption – there is nothing unfair about that.

2. People lie! Saying, “No one would make up an accusation of sexual abuse” is counter-factual.

I have heard people repeat this silliness often. “No woman would make that up.” Except that they do. I don’t know what the percentages are. Most accusations have proven to be true. Most women who make accusations are telling the truth. And beyond any doubt, many women have been badgered and bludgeoned into silence by doubt, intimidation, and recrimination. That is wicked. It is evil.

But the assertion that all accusations are true is a falsehood. It just ain’t so.

It has happened in ugly divorce cases and custody battles – false allegations have been made to help the case. What more hateful and hurtful thing can you do than to accuse someone of sexual abuse?

It happens. I have personal knowledge of it happening (no, not to me but to good friends).

We are a people of arrogant judgment. A jury hears all the evidence and renders a verdict, but we know better – based on the sketchy media reports we’ve heard. We decide people’s character based on a tweet or a comment. We rush to judgment on almost everything. It needs to stop. We need to be people who carefully think through our decisions and our reactions and make thoughtful and careful responses.

When an accusation is made, we need to let justice take its course and reserve judgment until we have enough evidence to render it fairly. Again, we don’t need some kind of legal standard here, but we need to be fair.

NOTE: to be clear, churches ought never be investigating these things. I am talking about how we react to public figures. If an accusation is made in your church – report it to the authorities. If your church doesn’t have a written policy for this, get it done next week. Your insurance company will likely have a template.

4. Hypocrisy is SO hypocritical!

Definition of hypocrisy: a defender of Judge Roy Moore calling on Al Franken to resign from the Senate.

I don’t need to say much here. If you condemn “them” when they are accused but defend “us” when conservatives come under fire, you are a hypocrite. This sexual misconduct thing seems to be bipartisan, multicultural, and widespread. Hollywood. Politics. And the church!

No Christian should ever, in any way, for any reason, excuse, justify, or in any other way give cover to the sin of sexual abuse, assault, or harassment against a woman. We cannot sell our souls for elections or any other political pot of stew.

It is odd that Christians talking about grace and forgiveness can be controversial, but in this context, it can. Some have argued on this blog that these concepts do not apply when sexual abuse is at issue, but those who have been forgiven through the blood of Christ can never fail to live that out.

It is a tricky thing to balance holding people responsible and applying grace and forgiveness, a balance we will always struggle with and fail to maintain perfectly. But Christians cannot leave grace out of the equation. We cannot ignore commands to forgive and we must remember that God’s work is to restore and to rebuild.

7. Why are people so reluctant to repent?

We all admit that we are sinners but we will almost never admit our sin. It’s kinda weird. The sad fact is that the best statements of contrition I have heard during this recent debacle have come from those I have the least in common with politically or theologically. We seem to have bought into the political concept of deny-deny-deny. But that never brings cleansing or healing. Repentance does.

I wish people in power would learn that.

To sum it all up – there is no easy way to sum this up! We Christians must give ear to the hurting, the victims of sexual assault. We must also be fair to the accused, realizing that false accusations do occur and ruin lives when they do. We must be firm in our resolve but also gracious.

If it sounds like walking a tightrope, that’s pretty much it.