Yesterday morning I reflected on a sad picture that Jon Acuff posted.  I closed by promising to answer this question:

If an entity no longer serves the local church should they continue giving to that entity?

That is admittedly, a sticky question, and one that I believe hinges on the meaning of the word “serves”.  It seems to me that the chief purpose of the entities is to serve the kingdom of Christ through serving and strengthening the local church. 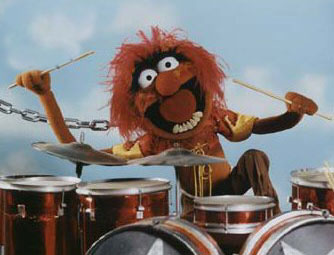 We give to the CP to build the kingdom.  The beneficiaries of that giving then go about doing the work of the kingdom through this partnership with local churches.

We continue to give even when a slice of that kingdom might play the drums a bit too loudly.  Let’s be honest here.  Every one of us could probably point to something within the SBC that we would like to see change.  We could all put our own “drums too loud” on the bottom of our voided CP checks.  But we don’t do that because we have decided that the mission of the kingdom is much bigger than those petty squabbles.

I am a Calvinist.  I believe that the kingdom is better served and built through embracing the doctrines of grace because I believe that is what the Scriptures teach.  I also know that the entity head of SWBTS opposes Calvinism.  Yet, I have never, nor will I ever, because of this issue seek to divert money away from SWBTS.  As long as they are affirm the BF&M, actively promote the gospel, and train ministers to proclaim Christ then I will gladly partner with them even if we disagree on the doctrine of election.

Refusing to give money over this issue is about as petty as a curmudgeon voiding a $75 check because the drums were too loud.  I understand that one is a matter of doctrine and one is a matter of personal preference.  But they are both third tier issues, which are differences that can be held between two people and still worship together in the same local assembly.  Therefore, refusing to give for such differences is petty.

Being “served” by an SBC entity does not mean that they are doing things the way that you want to.  It does not even mean that you are directly influenced or impacted by these entities.  What it does mean is that you share a mutual concern for advancing the kingdom of God. They serve you by doing the same work that you are tasked with doing.  They don’t serve you by putting on a show that you like.  And you don’t give to the CP to advance the kingdom as you want it to look.  You give money to the CP to advance the kingdom as the Lord sees fit at this present time using the broken vessels that He is at present deciding to use.

When would it be okay to shifts funds away from an SBC entity?

When they abandon the gospel or Baptist distinctives.  Anything else is as petty as a middle school boy taking his ball and going home because the game isn’t going quite the way that he wants it to.

Pastor, if you are encouraging your people to divert money because of personal preferences and tertiary doctrinal matters then you are training them to do the same under your ministry.  Do not be surprised when carpet color become more important than community.  Model for your people how to partner even while you disagree.