Yesterday I noted that one reason I’m not a huge fan of spiritual gifts testing is because the church at Rome did not have Paul’s letter to the Corinthians.  That’s another way of saying that I do not think the early church did ministry according to perceived spiritual giftedness but instead their overarching paradigm was to be united 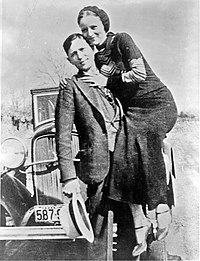 servants of Jesus and that looked different for different people.

Why They Aren’t Simply Innocent

Consider Bonnie.  She takes her test and finds that she is gifted in music (drums precisely), teaching (mostly adults), and handling snakes.  Yet, the church already has a guy that’s been joyously bangin’ away at the drums for years.  All the adult classes have teachers—but we could use a little help with someone to help the kindergarten class with crafts.  And that whole snake handlin’ thing hasn’t happened in our Baptist church since ol’ Jimmy decided to play a trick on Reverend Jenkins by putting a brood of baby water snakes in the baptistry.

So what does she do?  The Holy Spirit has confirmed that her role is to teach, bang on drums, and rid the church of snakes.  Does she combine her snake handling gifts with her desire to be a drummer and scare the dickens out of the present drummer with an armful of vipers?  Does she sit on the sidelines until a teaching position comes open?  Does she move to a different church that will appreciate her gifts?  Would the Spirit really gift her with things and then place her in a church where she can’t use all these things that she does well?

Yeah, he might.  And you see that’s the big problem with spiritual gifts testing.  Most people don’t feel equipped to help out with preschool kids.  And then they take spiritual gifts tests which mostly uncover your passion and confirm things you are already doing.  So Bonnie never serves the church and the little kids because “God has not gifted her to do it”.  She’ll wait until the Lord opens doors for her giftedness.

Now consider Clyde.  Clyde really isn’t sure what his spiritual gifts are but he loves serving the Lord in whatever capacity he sees a need or wherever you ask him to.  He knows little about planting flowers in the church parking lot, but you give him a shovel and a time and he’ll be out there helping.  He probably wouldn’t pass a spiritual gifts test for teaching but he’s taught little Millie all about John 3:16 and how Jesus loves her.  She wouldn’t have thought so a few months ago when he volunteered but Clyde has been the best assistant this seasoned Kindergarten teacher has ever had.

You don’t get “Clyde’s” in your church by handing out spiritual gifts tests.  “Clyde’s” happen through an ever-increasing love for Jesus and His church that comes through discipleship.  “Clyde’s” happen because somewhere along the way somebody kept serving him and pouring the gospel into his life.  And his infatuation with Jesus shaped a servants heart.

The way out of a culture that views spiritual gifts as entitlement and a means to self-expression is to blow it up and in place cultivate a culture of humble service and faithful discipleship.  Encourage your faithful servants to also be disciplers.  Even if it means showing a teenager how to turn on the baptistry.

Create a culture where people know that what is needed isn’t performance and talent but a servants heart that will give it 100%.  Allow people to totally blow it in certain areas.  “Whew, maybe we’ve discovered that Clyde shouldn’t be the one to make the spaghetti sauce”, as everyone laughs about it knowing that Clyde will probably try his hand at garlic bread next week.

Bonnie, by the way is still loading up snakes and plotting her ascent through the drum line.

So spiritual gifts=the devil, right?  No. Not exactly.  In fact our church even uses them.  They can be helpful…come back tomorrow to find out how.