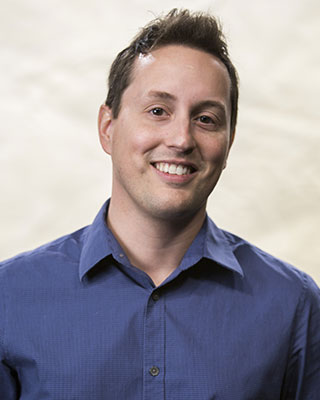 Trevin Wax has published an article at the Gospel Coalition blog, entitled “Southern Baptists and Conventional and Cosmopolitan Cultures” in which he lays out the cultural divide in the SBC in a clear, concise, understandable, and fair way. Any attempt to summarize a divide such as ours is going to be difficult, of course, and there are going to be those who don’t like his terminology (that’s always the problem), don’t agree with his descriptions, or don’t fit his categories. But this article encapsulates the present condition of our denomination as well as any I’ve seen and has the possibility of being formative in our discussions. He describes two dominant cultures in SBC life, which he terms as conventional and cosmopolitan, and defines them in terms that are clear, while avoiding pejoratives. Trevin’s irenic spirit comes through in the article and people will have to stretch to be offended at his descriptions of their cultural identity. Quibble and quarrel? Perhaps. No categorization is perfect. This article can begin a healthy discussion in the SBC that may help us as we forge a better future.

I want to interact with Trevin’s article, but if you are going to read what I have written or comment here, please read Trevin’s article first – completely! If you are Southern Baptist it is well worth your time.

I have believed for years that our primary divide in the SBC is cultural, not theological. Southern Baptists have always been Calvinists and non-Calvinists. The proportions have fluctuated. Since the Civil War, Calvinists have been a minority of fluctuating proportions. It is certainly a significant doctrinal issue, but we’ve managed to swim in the same denominational stream since the beginning. This recent brouhaha has often been more about corollary cultural issues than about the essential doctrinal points that divide Calvinists from those who are not.

Back in 2008, Trevin wrote an article, based on David Dockery’s book “Southern Baptist Consensus and Renewal” that delineated 7 distinct SBC cultures, “Seven Types of Southern Baptists” – Fundamentalists, Revivalists, Orthodox Evangelicals, Traditionalists, Calvinists, Contemporary Church Practitioners, and Culture Warriors. He now postulates that these cultures have coalesced around these two broad cultural categories – Conventionalists and Cosmopolitans. The Conventionalists have drawn mostly from the Fundamentalists, Revivalists, Traditionalists, and the Culture Warriors, while the Cosmopolitans formed from the Orthodox Evangelicals, Calvinists, and Contemporary Church folks.

The terms will be the issue, as is always true.

Cosmopolitan means, according to Trevin, “familiar with and at ease in many different countries and cultures.” While Cosmopolitans see themselves “as Christian first, Protestant or evangelical second, and then Southern Baptist in their particular expression of evangelical Christianity.”  They are not bothered by working with those outside the SBC who share their convictions. They are breaking with the cultural past of the SBC in many ways. Social conservatives, they are increasingly wary of identification with the GOP.

A Conventionalist is far more tied to the culture of the SBC. They place a much higher priority on their Baptist identity so as to see the “Christian first, evangelical second, Baptist third” rubric as meaningless. They “love the SBC for the heritage it has delivered, for the culture it has created, and for the convictions it sustains.” Their loyalty is to the SBC, seeing denominational boundaries as clarifying, not stifling. They are much more likely to be culture warriors and loyal Republicans. They do not see the SBC’s history and culture in the negative light that Cosmopolitans often do.

Again, the reader is encouraged to read Trevin’s article if he or she has not. He gives a complete definition of these two conflicting cultures. While no terms are perfect, these are accurate designations, free of the good guys and bad guys implications inherent in so many.

1. I find these categories helpful and accurate. They are not designed to show one side as superior to the other and I think people on both sides will see them as essentially accurate, if not perfect. In our most recent issue, the Russell Moore-Jack Graham dust-up, the Cosmopolitan and Conventionalist sides were clearly in evidence.

2. As with any such rubric, there are exceptions. I would fit in the Cosmopolitan category in many ways, but have roots in and some sympathies with the Conventionalist culture. Bart Barber might say the same thing in reverse. He’s foursquare Conventionalist but has some Cosmopolitan leanings in a few areas (though saying such a thing may lead to a breach in our friendship).

Recognizing exceptions to the categories does not nullify the value of the generalization.

3. It will to our advantage to admit the cultural soil in which our controversies grow. When we act as if each quarrel is rooted in theology, it makes it hard to find solutions. Our issues become good and evil, right and wrong, light and darkness. Recognizing the role of culture helps us to solve some of the issues.

One key to the future of the SBC is figuring out which issues matter and which are just cultural baggage that can be jettisoned as time moves forward.

4. Trevin is right that our divides are real and significant. However, I maintain they are not irreparable unless we choose to make them so. The more we enforce conformity on cultural issues the more divided we will be. If we emphasize doctrinal integrity, fidelity to a core of Baptist doctrine and practice, while allowing diversity on cultural and other issues, we can forge a cooperative future.

5. I see these issues as key to our future.

(Note: if there is a discussion of this issue on this comment stream, I want to limit it to THIS question – will we accept both prohibitionists and moderationists in the SBC fold? We have hammered the “does the Bible prohibit alcohol?” debate to death and doing it again will solve nothing.)

We are denomination with more questions than answers right now. But I still think there is something worth investing in here. Let’s keep trying.