Abuse survivors and their advocates have long called for the creation and funding of an independent investigatory body in the SBC and staffed with experts on sex abuse. Part of the task of such a committee would be to investigate “credible reports” of abuse in SBC churches. So far as I know, no SBC leader supports this proposal.

Yesterday, Al Mohler, president of our oldest seminary, announced nominee for president of the SBC, and one whom many would say is the SBC’s most visible spokesperson, made a statement to the public about an SBC pastor, SBTS grad and adjunct professor. The statement is at the end of this article.

Actions that involved SBTS were taken based on the “credible accusations of misconduct”. Neither Mohler nor any other SBC leader can direct any church to take action on the matter. It is significant that the SBC Executive Committee’s enhanced Credentials Committee now has the task to “make inquiries” of a church over their handling of an abuse accusation. The results of the inquiry would lead to a decision about the church being excluded from the national SBC.

Looks to this observer that this is a case the Credentials Committee will be forced to consider. Also, since Mohler has tweeted on the matter, I’d be shocked if Baptist Press failed to carry this story. We will see. Seth Brown of the Biblical Recorder has several tweets that provide context @dsethbrown

It should be noted that the matter is one of “allegations” as Mohler puts it. There is nothing Mohler, the Executive Committee, or any other SBC body or individual can say or do to disqualify any individual from serving any SBC church. Churches make their own decisions as do seminary and other SBC entities.

As is usually the case, the matter came to be public knowledge by means of social media. Mohler and SBTS picked it up and acted upon it in short order. 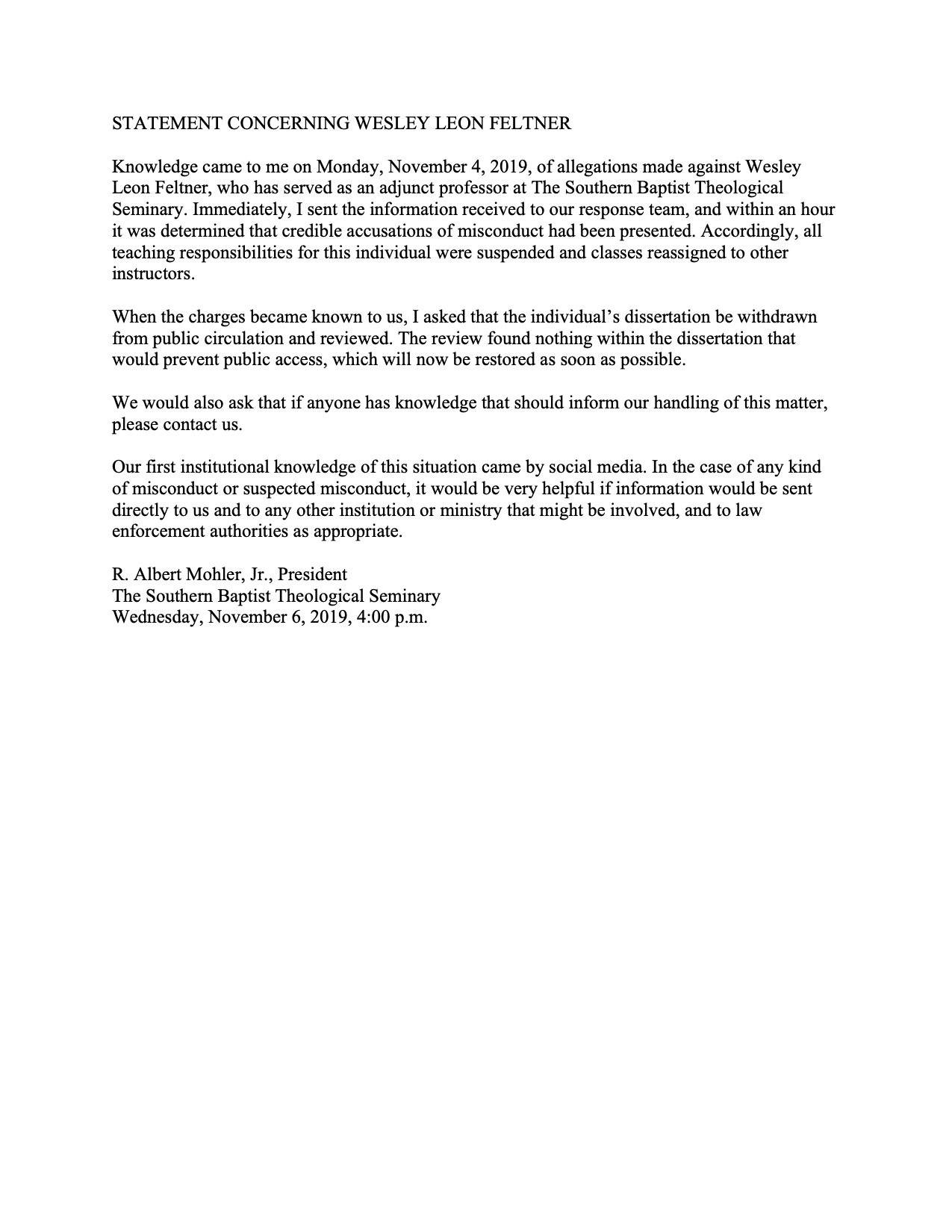