“Cities are the centers of political power, economic activity, communications, scientific research, academic instruction, and moral and religious influence.  Whatever happens in cities affects entire nations.”  Cities are at the very center of where worldviews are created.  To neglect the cities would be to miss an incredible opportunity to be a redemptive voice in our world today. 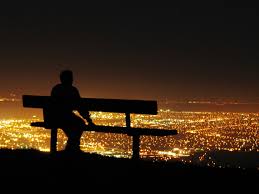 That is a quote from missiologist Roger Greenway, with a little commentary from the staff of Kaleo. I agree that we should not neglect the cities. I appreciate the renewed emphasis on reaching the cities. There are many people there that are broken and in need of the gospel. It is imperative that we take the gospel to them. So in what I am about to say please do not think that I am in anyway anti-city missions. I am arguing for a both/and.

My problem is that those who say “do not neglect” the cities very quickly morph into saying, “we must focus on the cities”. Mark Driscoll argues that “cities are of greater strategic importance”. That’s a step up from saying, “don’t neglect the cities”. It’s almost saying “let’s funnel a majority of our resources and efforts towards the cities even if it means at times neglecting the rural areas”.

I understand the logic. There are more people in cities, cities affect entire nations, therefore to maximize our influence we ought to focus on the centers of “political power, economic activity, communications, scientific research, academic instruction, and moral and religious influence.” If we focus on these strategic centers then it will influence places like rural America too.

The logic of the metro-evangelicals* makes sense, but it leaves me with a question. Did Jesus do ministry this way? Did he focus on the seats of power and expend his energy on transforming the world by transforming the cities?

Jesus spent most of his time with three fishermen. He also spent time with a tax collector and a batch of other no-names. He did minister to the Pharisees and other religious leaders, but he spent more time with prostitutes and other “untouchables” from his culture. He spent even less time trying to win over Rome, which was the culture-shaper of His day. Jesus did ministry the exact opposite of focusing on the cultural transformers of His day.

Again, I’m not saying that the Lord Jesus does not call some people to strategically minister in the larger cities. I believe you can see this in part in the ministry of the apostle Paul. We need to be careful not to neglect the cities. But at the same time let us not pretend that ministering to the cultural elite with the hopes of a trickle-down effect is thebiblical way to do ministry.

In actuality it probably betrays a bit of arrogance to assume that the cities trickle “down” to the rural communities. Are we so confident that rural areas aren’t just as faithfully living out the kingdom of Christ? I know that few people would outright say that people not living in the cities are sub-standard believers/missionaries but such is often implied in some of the more recent material on doing ministry to the city. Why should we assume that more people would be won to Christ and the kingdom more faithfully ushered in if a cultural elite came to Christ than if a rural farmer gets excited about Jesus?

As scores of dollars and church planters flock to the cities I want to plead with some that we need focused ministry toboth the rural communities and the big cities. We need the gospel to reach places that Starbucks won’t touch. It might be harder for some of us caffeine addicted young-uns to do ministry around a plate of grits instead of a cup of mocha, but the gospel demands that we go wherever lostness is found. I know ministering in the big city is sexier at this stage of missions but there are men and women that spend their day wading in cow manure that need the powerful gospel as well.

Will you consider giving your life to ministering in a community surrounded by cows instead of city lights?

*Keith Miller does a tremendous job of explaining the “Metro-Evangelicals” and then asks the question of whether or not they are right.

I also appreciate a recent article by Matthew Spandler-Davison who argues that “as long as there are people in rural communities not being reached by the gospel, we need to revitalize and plant healthy gospel-centered churches there.”